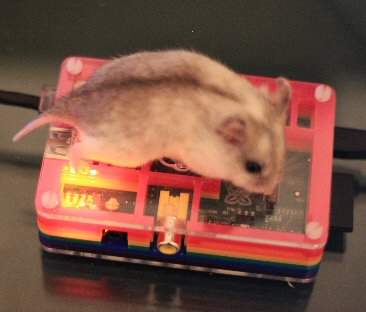 I’ve blogged in the past on the portability of the Replify technology and the power it packs into a small resource footprint, but every so often I’m amazed myself at what we can do. I bought a Raspberry Pi as soon as they were launched, but with pressures of work my plans of turning it into a home automation system made little progress. So two days ago I handed it to Mr T and asked him to see if he could drop our Virtual Appliance onto it when he had a spare moment.

As it turned out, spare moments were all that was required and by the end of the day he reported that it was installed, running, and somewhat to his surprise it seemed to be happily delivering WAN optimzation at around 15Mbps.  Pause a moment to think about that – a few years ago, and in fact still today, vendors will charge serious amounts of money for a hardware based WAN optimization controller that tops out at less than 10Mbps, and today Replify can demonstrate more throughput than that running on $25 worth of hardware. And I’m not talking about just compression, I mean full protocol manipulation and de-duplication.

How is this possible?

Well of course Moore’s law has played a big part in this, but we also have to acknowledge the power of the Erlang language and platform to deliver phenomenally efficient protocol handling, and there’s rather a lot of Replify secret sauce in the design of our indexing, searching and caching algorithms. It’s rather fired my imagination – our demonstrator “train set”, which consisted of two Dell Zinos, a Network Nightmare and some odds and ends in a chunky flight case, can now be replaced by a few devices I can fit in my pocket. I’ve now ordered a Cubox – admittedly more expensive at around $120, but much more potent than the Pi, and I’m dying to see what it can do.

Oh yes, and that’s Dusty the dwarf hamster, he’s impressed by the Pi too, although he prefers nuts to fruit.