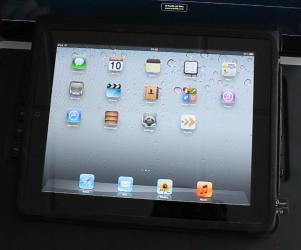 I knew it would happen. Long ago when we first demonstrated full-on WAN optimization running on a Windows PC, potential customers would say “that’s cool, but what about Macs?”.  Then when we showed it on a Mac, it became “Cool, but what about my Blackberry?” Ok, so no-one asks about Blackberries any more, but as soon as we announced Android support, the question became “Awesome, but what about my iPad?”.

Not In The App Store… Yet!

So to forestall further iOS questions, it’s coming,  it already works (and works very well). In fact, you can watch Replify’s iPad update in action.  It’s not in the app store yet so don’t go looking, but if you’re interested in trialling it, then please get in touch. We can accelerate your browsing, your email (both directions), your Youtube, Salesforce.com, LinkedIn, Sharepoint, pretty much anything you care to do with the device.  Your i-devices will go faster and move less data across the network. Resulting in lower data tariffs, less network contention and other goodness.

Next week I’ll post a video of Replify Accelerator running on a Windows Surface tablet.

Yes, seriously – for once we’ll show it before anyone even asks.