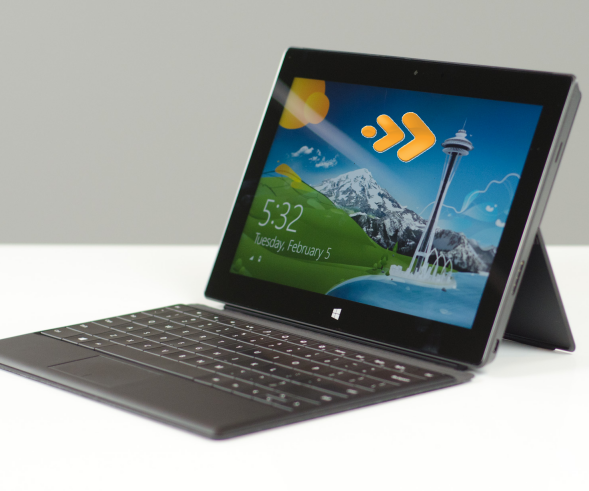 It’s an interesting use case. Presumably the target market for such devices is the “power” road warrier who needs to be able to use; serious content creation tools, an enterprise class email client, and interact heavily with collaboration systems including SharePoint and Skydrive. That means a lot of data traffic back and forth. There’s no ethernet port so you’re permanently on wifi, or in my case, wifi to my phone and then onwards over cellular. Add in the likely need to backup the device on a regular basis and you have a pretty compelling case for WAN optimization.

Those same users may also work as part of remote project teams. In which case, the Replify CLAN capability to share their cache contents locally will greatly increase the savings of time and bandwidth. And given how much money you’ve spent on the device, you’ll need all the savings you can get I’m afraid.

For what it’s worth, here are my thoughts on the device itself.  From the hardware point of view it’s very good – nicely engineered, powerful and with a great screen. In fact the screen is almost too good.  The resolution is too high for my tired old eyes and I’ve had to crank up the font size to read.  That’s the good news over I’m afraid. It’s ludicrously expensive – around £800 excluding tax for the 256MB version, and that doesn’t even get you a keyboard (shell out another £130 for the official keyboard) nor an Office licence, and you wouldn’t buy this device other than to install Microsoft Office.  Then there’s the dreadful Windows 8 user interface. If anything, it’s even worse on a device that’s half-laptop half-tablet.

Sometimes there’s a taskbar and sometimes there isn’t and I don’t know why – seems to depend on whether I launched from the tiles or the desktop but I don’t really know and I definitely don’t care. Who designed this UI and what were they thinking, really? The imminent OS update, and a price-cut to £500 including keyboard and Office would give Microsoft a compelling product, but there’s no market for this device at this price. For £1000 I want perfection not frustration.