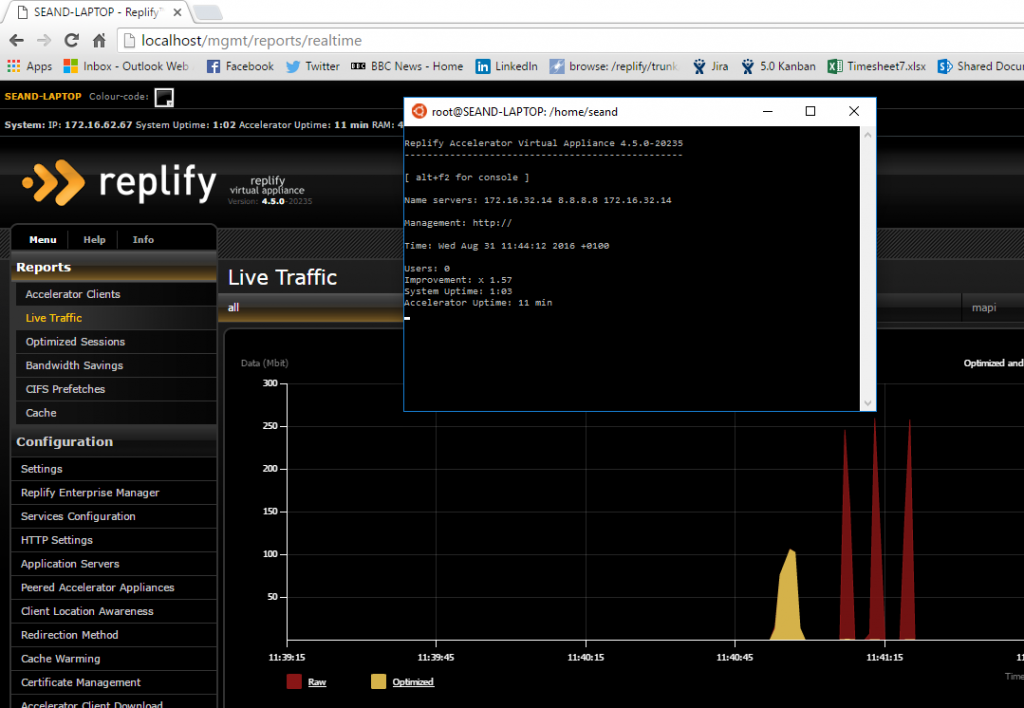 01 SepReplify on Windows Subsystem for Linux

Aero, PowerShell, Metro, Cortana, Edge. All ‘exciting’ new features that generated an overwhelming ‘meh’ from the developers in our office. Some of us held off upgrading Windows versions until we absolutely had to! As there was just no compelling reason to do so. Then, all of a sudden, along came a feature so compelling that we just had to download the latest update, even before it was pushed out! Enter Windows Subsystem for Linux, or WSL.

Within roughly 10 minutes of having the update installed (and after we’d helped one of our developers off the floor who had collapsed with the excitement and prospect of having access to Linux tools natively in Windows), the question Could we get our entirely Linux based Replify Virtual Appliance running on WSL? was posed. No more than 30 minutes and a couple of minor code changes later, it was up and running, providing offload at speeds comparable to our Linux servers!

At Replify, the primary development environment is Linux. Although we all use Windows on our desktops (we just can’t pull ourselves away from MS Office), we spend most of our day staring at a PuTTY window with vim running on our development machines. We’ve all become accustomed to getting things done quickly with a command line and a great suite of Linux tools such as; sed, awk, vim, bash, and grep. To get these features on Windows, we typically have put up with installing cygwin – which up until now has been an essential application in our tool-kits.

To dig a bit deeper, the barriers for our VA running out of the box were as follows:

The WSL is presently in beta and I sincerely hope that Microsoft (and Canonical) continue to improve. More people using cross-platform tools and languages can only be a good thing!