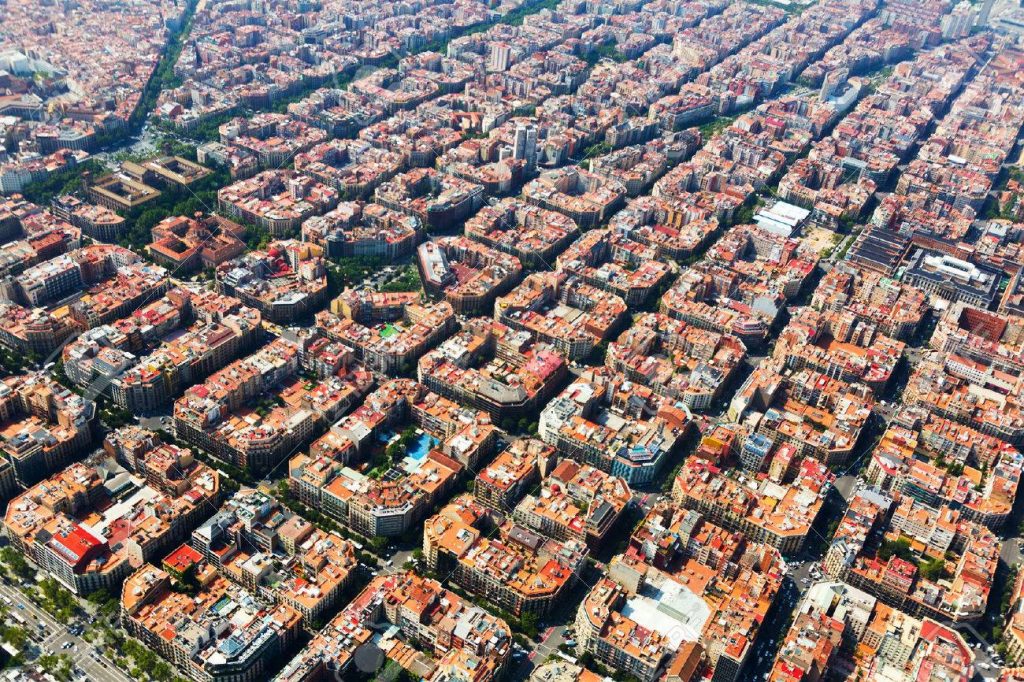 As Replify prepare for this year’s Mobile World Congress we took sometime out to ponder the history of the Catalan port city.

In the mid-1850s, Barcelona was on the brink of collapse – rapid industrialisation had swollen the population, but the cities medieval walls confined its 187,00 residents in a tiny area with all the associated health risks – the people of Barcelona were literally suffocating due to a lack of space, or in modern networking parlance, a lack of bandwidth.

Eventually the walls were demolished to allow the residents of Barcelona to breathe and ultimately led to the then unknown Catalan engineer Ildefons Cerdà’s radical expansion plans for a large, grid-like district outside the old walls, called Eixample (literally, “expansion”).

Eixample remains a prominent part of Barcelona’s image today: the octagonal blocks, chamfered in the corners, were Cerdà’s unique idea to deal with traffic, allowing vehicles to see more easily what was happening to the left and right.

In many ways the development of Barcelona’s infrastructure in the last century mirrors many of the challenges of the modern, ever expanding WAN network.

WANs have become powerful business tools in an increasingly globalised and interconnected corporate world. Large organizations can now communicate faster and more efficiently and applications and data have also been catapulted into the Cloud.

While certain components of the enterprise WAN are improving others are actually hindering the enterprise’s ability to conduct business over the Internet, especially when application traffic must travel over long distances.

One solution is WAN optimisation.  Replify’s software only optimisation solution combines Protocol Optimisation, Block-level De-duplication and Compression in an elegant, easy to install package designed for both end-user and OEM applications.

So why not follow the ‘EIxample’ of Ildefons Cerdà and demolish the bandwidth bottleneck, reduce WAN suffocation, and allow your apps and data to breathe.

Interested? Then visit our booth at this year’s Mobile World Congress – Hall 7 stand 7B41.