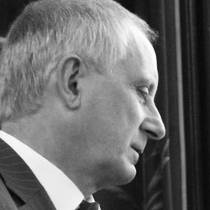 We would like to wish our customers and partners a very Happy New Year.

We have some exciting news to share. Brian Baird, who was previously Replify’s CEO and is currently an active board member has been awarded an OBE in King Charles III’s New Year’s Honours list.

While we aren’t surprised at this, we are delighted that Brian has received recognition for the work he has put into Northern Ireland businesses including Replify, throughout his career.

Brian has a wealth of experience and knowledge within the economic market in Northern Ireland and further afield, with a particular interest in the IT sector.

Brian has extensive experience in international sales and marketing in the I.T. Industry. In 2001 he was a founder of Meridio, the enterprise documents and record product company. As the CEO, he grew Meridio into a Microsoft Gold Partner company with 175 staff and over $20m annualized revenue. In November 2007 he led a trade sale of Meridio to Autonomy plc and left the company in May 2008 following a six month integration programme.

Prior to founding Meridio, Brian spent 15 years with ICL, most recently as MD of ICL in Ireland. Brian was also a Non-Executive Director of Lagan Technologies – a global leader in Enterprise Case Management. More recently, he was a board member for Invest NI.

Brian Baird is the second Replify Board Member to be awarded an honour. Our chairman Colin Walsh was made an MBE in 2019.